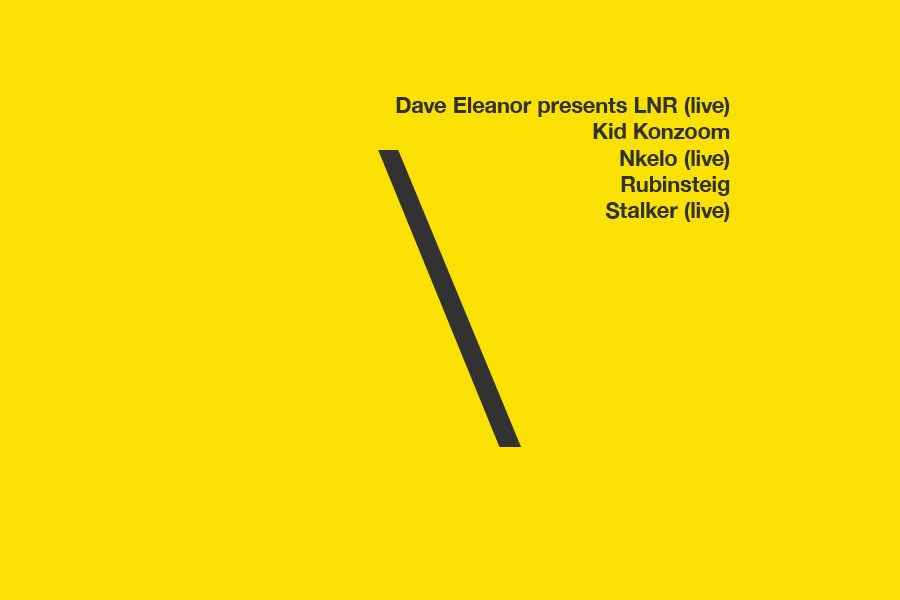 [LNR] is a project of the swiss ambient-electro producer and composer Dave Eleanor, somewhere located between atmospheric, deep & dubby Techno & UK Bass Music. Dave Eleanor pulls his influences from german and british bass music, from pop influenced electronica and dub to construct delicate songs and tracks that both work on headphones and on the dancefloor He ensnares listeners and dancers alike, inviting them to follow his clear and forward pushing drum programming, as well as his introspective voice and spacious synth lines. The field he opens herewith is a land of forsakenness, melancholy and silent hope. In his live performances, the mid 20-ies musician combines drum patterns with sparse synthesizer lines, deep bass lines and his own voice. Dave Eleanor’s previous EPs “wait.ep”, “wake.ep” and “dangerous EP” on Subtrakt have been stirring up attention and brought airplay on various TV and radio stations, as well as a spot on m4music Festival’s “Demo of the Year”-CD. Dave Eleanor is also an active remixer of the electronic and pop scene: he has done interpretations for acts like Greis, Hundred Waters, Lapcat, Gerard or Rotkeller.

Kid Konzoom is Yannick Tinguely’s electronic music project. After experimenting with different styles, the focus is now clearly on techno. In his hardware only live set, Kid Konzoom explores the endless possibilities of free improvisation, bringing a much needed element of surprise in the club. His DJ set are more a showcase of the music that influences him, always making a point to establish a smooth flow and coherence that brings the dancer and listener alike to the darker corners of electronic music. Rubinsteig is dodgy, yet raw and powerful industrial techno. Influenced by artists such as Orphx, Surgeon, OAKE, Regis, Ansome, Raime, Ancient Methods, D. Carbone and many more. Rubinsteig blends together new wave and industrial sound with Berlin techno, merging dark ambient soundscapes and faster paced material.

The next wave of confirmed artists will be announced mid-September.