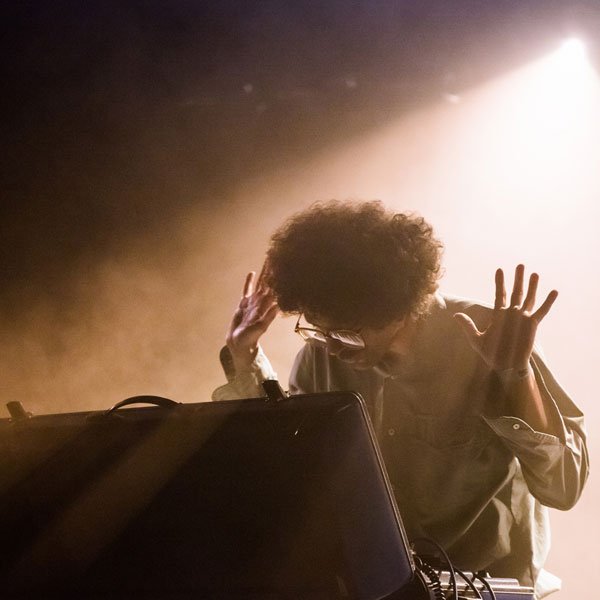 Marco Papiro is a graphic designer, violin player, and electronic musician, who oscillates loosely between psychedelia, futurism and metaphysics. He’s been around since 1995 and has played hundreds of concerts with different outfits in Europe, Brazil and Japan. Nowadays he performs with his Moog Synthesizer celebrating pure ethereal and occasionally heavy electricity. As a graphic designer he’s mostly known for his artwork on Panda Bear’s «Panda Bear Meets the Grim Reaper».